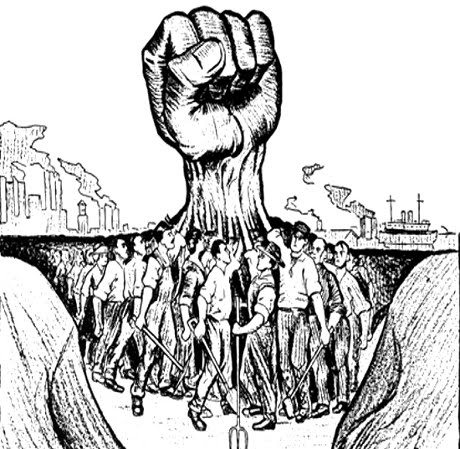 Hello, hello! Welcome everyone to tonight’s performance. I know many of you are regulars, familiar with my adventures, but for those of you new to the excitement, I suppose I should offer a summary. Find a seat, or find someone to hold onto, because this is going to be a whirlwind!

My friends Aëlla the druid; Bel, the rogue; Demona, the Barbarian; Mathers, the swashbuckler; Will o’ the Smithy, the archivist; and, of course, yours truly, Two-Score Tenpence, the greatest bard alive.

While we began our adventures fighting lowly kobolds, even that adventure escalated quickly to a pitched battle between a Pit Fiend and a balor. Not long after we took a ship to a settlement far to the north, but were attacked by pirates. where we found an abandoned village. After defeating a group of occupying gargoyles, encountered a seemingly friendly group of soldiers. Now for this week’s Two-Score Tale!

In their gleaming armour, the soldiers glared at us from the side of the road. As I rose to my feet in the bed of the Will wagon, Aëlla uncorked a potion and tried to pour it into Bel’s mouth, though much of it splashed onto her wounded neck. The grievous neck wound magically closed, but Bel’s clothing was still covered in her own vitae. I stood straight, making myself look nearly four feet tall, and in my powerful voice insisted the soldier-cleric help mend the wound their arrow had caused. There was no debate, the healer laid hands on our rogue. Bel’s ashen face gained colour, and her eyes opened.

On the ground, just beside the Will-wagon, Marshall took a deep whiff of the party of warriors. He released a small growl, clearly not finding the scent to his liking.

While this reaction was discouraging, I still asked the soldiers about what had happened to the village. Though they had no definite answers, their theory was that some form of anti-magic field had been cast on large portions of the region. Why this had caused such a rapid and wide scale evacuation, they did not know.

Tired both from defeating the gargoyles in town, and our brief altercation with our newfound friends, we built a fire by the side of the road and rested. The soldiers gave us food and drink, and we sang songs of adventure and glory. Though ordinarily nearly immune to anything but the most gargantuan volumes of alcohol, I was quite drained from my critical role in both of our combats. In hardly any time, I found myself falling asleep. As my eyes closed, I saw one of the armoured men swing a sap at the back of Mathers’ head. The rest of the night was lost to darkness.

I woke to an elbow in the ribs. My head was ringing with what I felt must be the worst hangover I had ever experienced. Once my eyes were open, however, I realized things were much worsen than a mere hangover. I was sandwiched between several dirty bodies. The world seemed to sway from side to side, and I realized I was in a large wagon, enclosed in iron bars. There were more than twenty of us jammed in the small space. Most of those imprisoned with me were from the countryside surrounding Dagonsville. Most had been captive for only a few days, though others seemed to have travelled in this wagon for much longer.

In the three days we travelled, I learned what had befallen me and my party. When we had made camp with the soldiers, the food and drink they served had been poisoned, causing most of us to pass out. Mathers, Will and Demona fought our captors, but after being split up and suffering serious wounds, they were forced to surrender. I could see Will through the bars of our prison, chained and tied so he couldn’t move. His cart was just ahead of ours. Behind, Aëlla was locked in another, smaller cage. She had been muzzled and stripped of all her possessions.

I counted six soldiers now. They frequently spoke to each other in a language none of us recognized. They refused to speak, except to Bel, the only human our party. They seemed interested only in why a human would associate with other races, especially ‘abominations’ like Aëlla and Will. Bel was given slightly more than the starvation rations the rest of us were granted.

On the third night of our captivity, those of us in the main cage prepared to escape. We had plotted at every moment the guards couldn’t hear us. Now we would strike back.

Near midnight, when all but two of our guards were asleep, I gathered the captured villagers around me. I carefully raised my voice just loud enough for my fellow prisoners to hear. I told these poor, these tired, these huddled masses, longing to be free, that we couldn’t go on living on our knees. We had to rise up. When were these prisoners going to rise up?

While I stirred the souls of the collected prisoners, Bel picked the lock to our cage. Mathers made his way invisibly to a nearby cart holding our possessions, while Bel moved to free Aëlla from her captivity. Mathers managed to haul the small chest with our party’s gear back to the largest cage-wagon and we silently and swiftly re-armed.

Wasting no time Bel and Mathers returned to the shadows, dispatching four of the guards before they had a chance to wake. The silent manoeuvring served only to fuel Demona’s fury, and she carefully aligned herself with the larger of the two patrolling guards. Even as she flung herself at the armour plated enemy, Mathers planted a boot on the chest of the soldier captain, sword held against his Adam’s apple.

From throughout the impromptu camp a roar rose up, each member of the party diving into battle in synchrony. The first to swing was Demona, her great sword ringing her target’s breastplate like a bell. Stunned from the impact, the enormous soldier flailed his weapon but failed to connect.

A mere moment later, I called for a charge and was carried forward bodily by the two dozen prisoners. We aimed for the same bastard Demona had assaulted. The wave of revolting peasants crashed against the guard. I held my blade forward and, pressed by the mass of bodies at my back, jammed the point into a gap between armour plates. The wound wept blood, though obviously not enough to be fatal. Looking down at me, the beast-in-man’s-skin grabbed me by the neck and lifted me from my feet.

As if from nowhere, Demona struck again. Her blade flashed in the firelight, first above her head, then, in a flash, intersecting the offending limb, then arcing downward. Suddenly I fell, amid a spray of gore, and landed on my feet. The enemy’s fingers still clutched my throat. Without hesitation, I grabbed the severed forearm and spun it back at its former owner, the palm slapping his face.

A terrible throat-clearing noise came from just behind me. A spray of acid shot over my head and struck the freshly mutilated guard in the face and chest, sending him staggering backward, hand clutching alternately at his stump and melting face. Before the poor son of a bitch could properly understand the extent of his wounds, Demona swung again. Her great sword landed squarely on the crown on the large guard’s head and split his skull in two.

On the other side of the camp, Will o’ the Smithy, freed from his protracted bondage, rushed to the aid of Mathers. The soldier captain, restrained at the point of Mathers’ blade, was suddenly caught under the weight of our party’s magical construct companion.

Despite Mathers’ demands for information, the prostrate enemy commander refused to answer. Instead, he reached up and grabbed the blade pointed at his throat. With bleeding hands, he yanked the blade downward and cut his own throat, ending the brief battle.

A brief cheer rose from everyone still standing. We had won our freedom, but it still remained to be seen precisely where we were. We also seemed to have inherited the care of more than twenty refugee peasants. Who could say what dangers lay ahead? What was our captors intent with us?

Find out in the next Two-Score Tale!