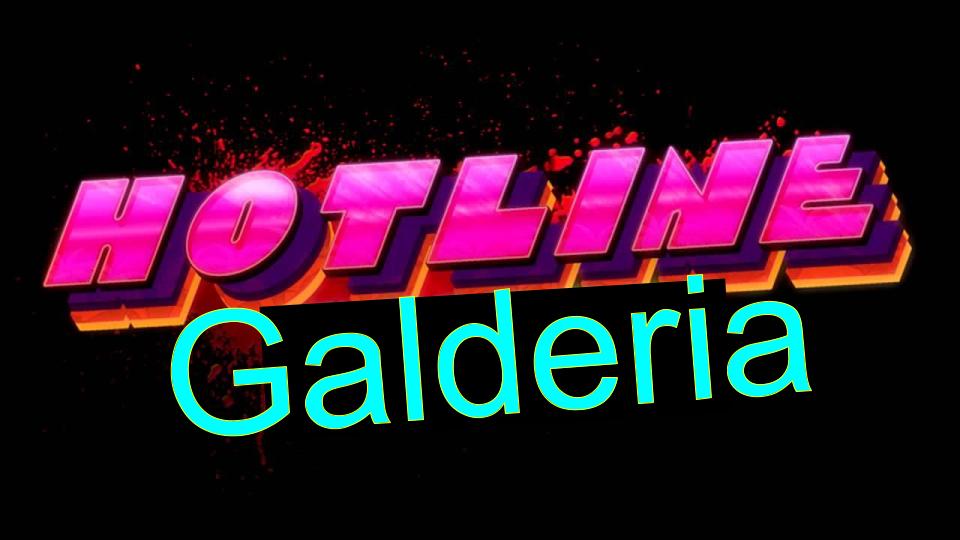 Hello and well met, again, to all my fans here in Galderia! I swear I won’t go on until you stop applauding! Truly, a standing ovation is not necessary…

…All right, now that you’ve all taken your seats again, I can go on with my glorious tale. And not just any kind of tale, but a tale of adventure, a tale of high wit and low cunning, a tale so entrancing you will find yourself wondering how you lost an entire evening!

As you will recall, at the end of my last Tale™, our party had slain a balor, with the help of Princess’s majordomo, a tuxedo clad pit fiend. As we caught our breathe after such an enormous conflagration, Eurice Ammot explained how she came to be trapped inside he own manor with a cadre of kobolds and an angry demon. It appears as though someone, or something, activated the household’s (extremely potent) magical defences. Once activated, all of the manor’s entrances and exits sealed, and innumerable magical traps concealed and armed themselves. The house thus secured, Eurice fought off her erstwhile servants, until I lead our band of hardy adventurers across the threshold.

During our initial investigation of the manor, we had uncovered several mysteries. Not the least of the strange features we had observed within the mansion was a small door, even more magically sealed than the rest. Though she did not know what was contained within, Eurice assured us that all remaining magical traps and locks had been disabled. Ascending the long flight of stairs, we passed once again the bodies of our fallen foes, some slain by the hands of your very tale-teller.

In the library, the entire party gathered ‘round door, its runic carvings no longer giving off the waves of sealing energy they had before. As the only party member brave enough to venture into such a tight space, I passed through the enchanted gate to find… a book! In fact, there were many books concealed within this chamber, all of them magically active. In the centre of the small room, on a simple reading stand, sat a tome of obvious magical provenance.

Trusting our hosts assurance that all traps had been disabled, I hoisted the heavy bound volume from its stand and froze. After a few fearful moments, it was clear that I had not been killed, and I emerged from the small, enchanted door to the relief of my companions.

Examining the book, Notorious and Dr. Marcus could not determine its exact origin, nor its nature. The book was written in many different languages, originating from many different places. Some were from here, on the prime material plane, but the majority were from just about every other level of heaven and hell that had yet been uncovered. The two set about studying the details within for the remainder of the evening, a dozen tallow candles their only companions through the night.

With the days excitement over, and the rest of the party party preparing to settle in and rest, I heard a powerful call. There had been but a few nights in recent memory that I had not spent enriching the experience of local public houses, and I knew I could not allow such an opportunity pass. With the full intention of returning to the manor before ‘morrow’s dawn, I ventured through the city gates in search of wine, women and song. What followed was one of my greatest ever performances. All present were enraptured by the melodious tones of my slide-trumpet. In their rapture, they shed their excess coin. My gratitude, as always, to the generous people at Dick’s Halfway Inn, for helping me pull off such a rousing performance. Without doubt, everyone present saw a happy ending to their evening.

Finding my way back to the manor by dawn light was slightly more of a challenge than I had anticipated. After many wrong turns, I found myself before those most hallowed gates; that place where our party first bonded over the spilling of kobold blood. Somehow I seemed to have acquired a local Galderian delicacy: a starchy root, fried until crispy, covered in cheese and hot gravy. With my aching head temporarily satiated with grease, I greeted a groggy Dr. Marcus and the ever chipper Notorious in the well-appointed foyer of the manor. They had just enough time to yammer incoherently at me about how many incredible incantations and conjurations they had uncovered, before General Teo Ammot himself strode into the room, enamelled greaves punting me toward the wall, gravy and all.

When the entire party had risen, we conveyed to the General what had transpired. He was not entirely pleased that so much of his food stores were missing but, we reminded him, the kobolds had been gorging themselves on the delicacies stored in the cold room. We had tried to intervene, but it was too late by the time we fought our way into the pantry.

That matter settled, General Ammot informed the assembled party that, because of the way we had handled this personal matter for him, we had proven ourselves capable of handling a larger matter. This was another concern which effected the General himself, though it was framed as an investigation for the ruling council.

It seems there had been two interconnected series of deaths. In the first, several members of the Council had died under suspicious circumstances. In the second, several of the city guards, Marshals, had been killed the previous night, throughout the city. Each had been killed in a suspiciously similar way.

The Council members deaths seemed to weigh heavily on General Ammot as he explained the bizarre circumstances of their demise. Council Member Dr. Darius Ricardo Edwards had been wounded when, during some arcane experimental procedure, his entire lab exploded. The shockwave destroyed several nearby buildings. Council Member Col. Williams died when an earthquake, without warning, cracked the earth beneath his feet and swallowed him whole. Council Member Admiral Mora disappeared at sea. When debris of her vessel was discovered, the vessel’s destruction was called an accident despite the Admiral’s violent history with both the local law, before the war, and the local pirates, after. The Admiral and crew were declared deceased. These were more than mere coincidences. Someone appeared to be trying to kill the members of the council.

Meanwhile, local law enforcement members had been murdered at several different locations throughout the city. The party decided to divide in two, and try to gather as much information as possible. The closest crime scene was at the Marshal’s very barracks. Bel, Aëlla and Demona (the barbarian) departed to learn what they could there, while I and Dr.MX canvassed for potential witnesses by the docks.

The Marshal’s body had been found in an alley very near one of the most popular public houses in the dock district, The Open Rose. Once inside, the doctor set off on his own to question several of the fine young women employed to entertain at the establishment. While he pursued that avenue, I headed straight for the bar, where several elven sailors were drinking and carousing. I approached them, knowing they would have heard some kind of rumour.

Despite my incredible wit, the seamen would only tell me what we already suspected: the Admiral’s vessel had been sunk by pirates. This answer was obviously a decoy, meant to throw investigators off the scent. Speaking with the barkeep, I learned the sailors had been telling their tale to anyone who would listen. They seemed far too eager to spread the tale of their misdeeds if they were the real perpetrators. More importantly, these ‘sailors’ lacked the kind of callous one would expect from the seafaring life. Their story did not add up. To lull any observers into a sense of complacency, I pretended to not be able to pay my bar tab. To the bar wench I sang:

Fine purveyor of spirits and ale,
Allow me to tell you a tale,
I met a fine honey,
She took all my money,
But next time, I’ll pay without fail!

The woman was unimpressed with my lyrical whimsy, but before I could convince her to give me a second chance a hand grabbed my collar and dragged me away from the bar. It seems Bel, in her stealthy way, had intercepted orders being passed from one sailor to another. When I was, rudely, deposited on the street, Bel handed me a piece of parchment with handwritten elven script covering it. The note read “Meet outside the ship at midnight.” Without knowing which ship the sailors were talking about, it would be impossible to track down the culprits. If we followed some of the suspicious elven sailors back to their berth, however, we would be able to finally track the mystery back to its source.

While I and Bel discussed our options for pursuit, the other half of the party appeared. They had uncovered several important facts. Facts which, used the wrong way, could disrupt the stability of the city. At each of the crime scenes they visited, the murdered Marshal appeared to have been slain using a poisoned dagger. In every case the distinctive weapon was left at the scene. After examining the bodies, Demona determined the poison had somehow been introduced after the Marshals were killed in a more mundane way. There were some serious questions about why all the murderers left their very distinctive murder weapons at the scene of their crime, every time. It was all much too suspicious.

The elven ‘sailors’ departed the Open Rose. Bel followed close behind, remaining nearly invisible in the shifting shadows. I followed at a safe distance, keeping my powerful horn sheathed, lest its majestic glint give away my presence. Our presence unnoticed, the elves walked to the piers. Just before they reached the shore, however, they turned into a dark alley. Shrouded, a figure lurked in a barely visible corner, protected by a low railing to a basement staircase. The elves approached the figure deferentially. They spoke briefly, but the only word I could make out was “followed”.

With no warning, the shrouded figure lunged out. In a flurry of violence, the hooded man slew all the sailors. Their blood painted the alley crimson, but there was no sound aside from bodies hitting the cobbles. Though no blades were visible, the throats and wrists of the impostor sailors were slashed deeply. There was no sign of the killer as the remainder of our party approached the slaughter. The closer we examined the bodies, the more we could tell they were not sailors. They lacked not only the callouses, but the tools, geegaws and superstitious totems a typical seaman would carry. Nothing these people had said was even close to the truth.

From the main street, several of the sailors friends suddenly appeared. They yelled a challenge to the seven of us, but before they could finish, Demona had already charged them. In my excitement, I sang a song of inspiration:

A great axe as long as my height,
Its swing is a terrible sight,
With ogre-like power,
And a frightening glower,
A pity she’s not very bright!

Strangely, she didn’t seem nearly as empowered as I intended. After a lingering glare, she spun and charged the nearest sailor. With a series of powerful blows, the sailor fell to the ground. Finishing the poor bastard off, the barbarian landed a devastating kick in the elf’s kidney.

The last of our assailants immobilized, our party headed back to the mansion. Tomorrow, they would report their findings to the council. Tomorrow, someone would know the truth.

Thank you everybody, for your time tonight. I know you will come back next weak, for another account of my amazing adventures! Goodnight!